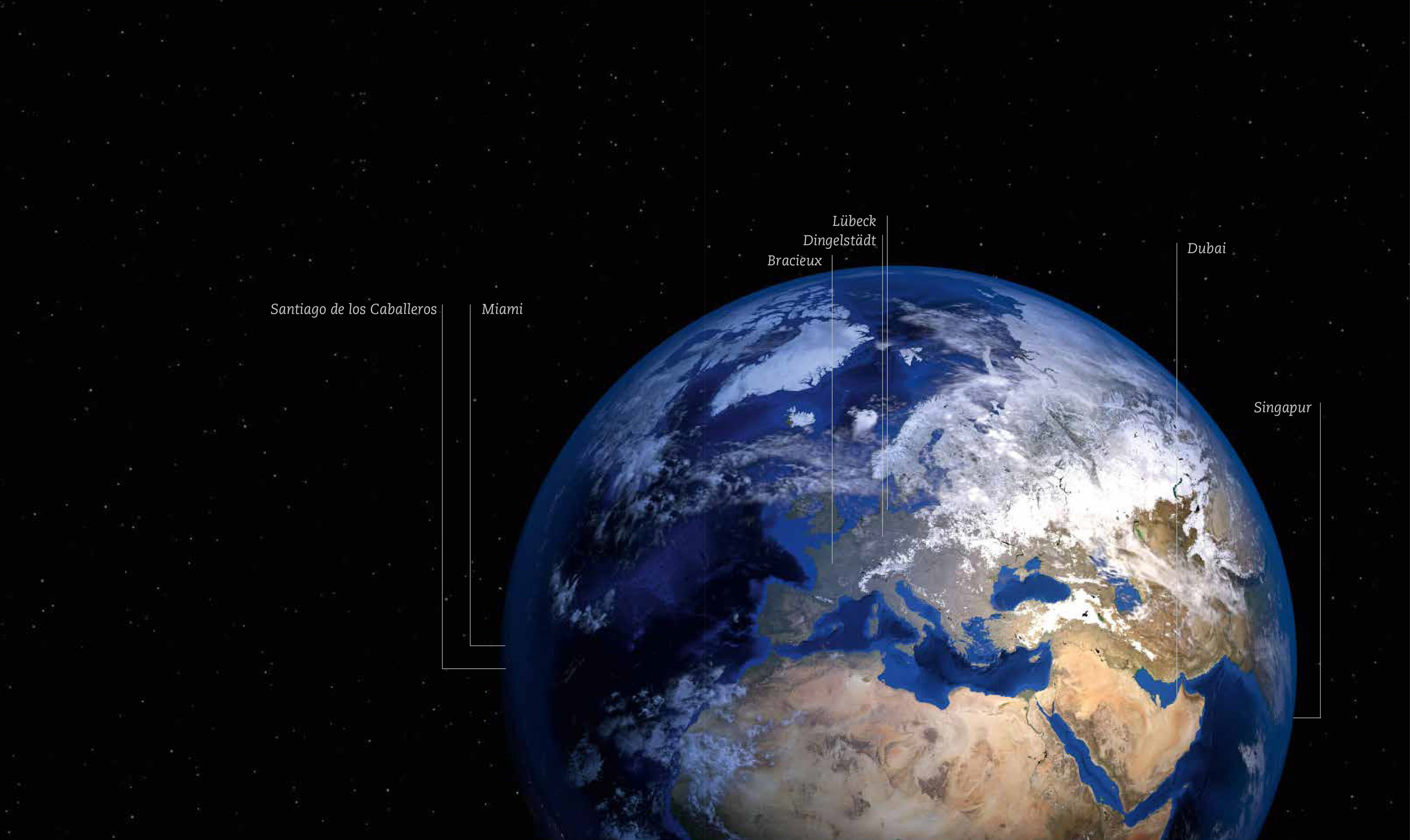 In addition to our Lübeck headquarters and our network of global distribution companies in France, the US, Asia and the Middle East, the company group also includes the tobacco house Dingelstädt (Thuringia) and the cigar manufacturer Santiago de los Caballeros in the Dominican Republic.

At our company headquarters in the Hanseatic city of Lübeck, we currently employ roughly 500 people. It is here that cigarettes and fine-cut products are manufactured for worldwide distribution. Despite our international focus, we remain loyal to the company’s operating location in Lübeck, given that the quality of our products is the result of our employees' many years of experience. We have also chosen to affirm this belief with the purchase of a new company building in 2019, thus charting a course for continued growth and increasingly strong loyalty to the Hanseatic city of Lübeck.

Before its takeover by the von Eicken Group, Dingelstädt (the tobacco producer) was one of the major cigar manufacturing companies in Germany's new federal states. All of Eicken's cigars and cigarillos are today produced by Dingelstädt, given that there is hardly any other region in Germany – besides perhaps Eichsfeld – where cigar experts are so plentiful in one place.

Production of Santiago de los Caballeros in the Dominican Republic

The majority of our products are made for export to more than 120 countries worldwide. With Eicken France SAS (based in Bracieux, France), Connshade Cigar Corporation (based in Miami, USA), Eicken Middle East FZE (based in Dubai) and Eicken Asia Pacific (based in Singapore), we operate a global network of distribution companies that allows us to serve our international customer base directly.

The product range brought to you by Joh. Wilh. von Eicken GmbH is intended exclusively for use by adults. Von Eicken advocates the responsible consumption of tobacco products exclusively by individuals over the age of 18.